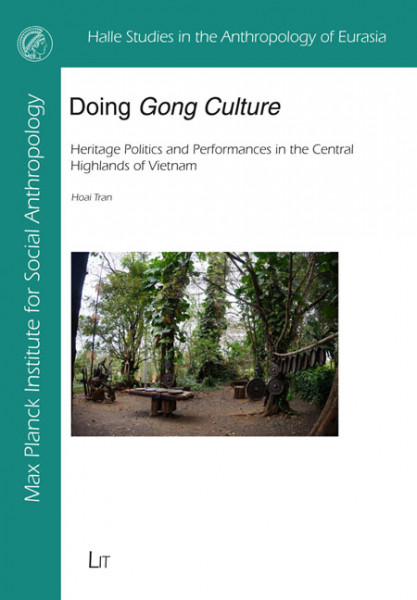 This book shows how the efforts of various actors in 'doing Gong culture' contribute to preserving the intangible heritage of ethnic minorities in the Central Highlands of Vietnam. Tran's research challenges the conventional perspective that views heritagization as a process of cultural appropriation in which local heritage practitioners become cultural 'proprietors', who in UNESCO's view differ from 'culture carriers'. He shows that local artists actively engage with other actors in the 'heritage community', thus contributing to the performance of a 'living' image of the 'Space of Gong Culture' on the heritage stage. In this intangible cultural heritage, practically, all actors are 'culture carriers'.

"Drawing on long-term fieldwork and placing the focus on human interaction, Hoai Tran paints a very subtle and sophisticated picture of the 'heritage community' and its actors in Vietnam's central highlands. By investigating who is acting in and on the space of gong culture, with what motivations, interests, intents or desires, how they are doing so and how effectively, this book arrives at new ways of thinking about 'heritagization' in Vietnam."

Hoai Tran received his PhD from the Martin Luther University Halle-Wittenberg in 2020. He is currently a lecturer and researcher at the School of Interdisciplinary Studies, Vietnam National University, Hanoi.