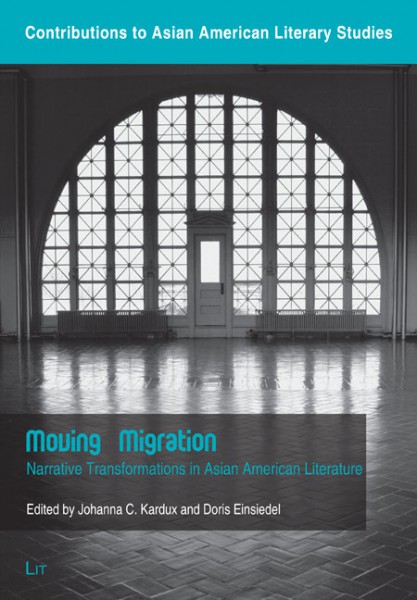 Beschreibung
Beschreibung
This interdisciplinary collection of critical essays on Asian American fictional and... mehr
Menü schließen
Klappentext
This interdisciplinary collection of critical essays on Asian American fictional and autobiographical narratives, film, and photography examines the mobile geographies of Asia and America as sceneries of migration and meeting points. Just as the door of the registry room on Ellis Island featured on the cover served as one of many points of entry for immigrants from Asia, Moving Migration opens new perspectives on literary works and visual texts that attest and give artistic expression to the Asian migrant experience. Informed by trauma theory and visual studies, postcolonial theory, (post)ethnic studies, space and border studies, gender studies, and discourses of memory and story-telling, the essays in this volume explore the interconnections between migrant stories and narratives of receiving cultures. Aiming to move the critical and theoretical debate on migration ahead, this volume introduces the idea that migration can be an encounter between figures who travel in the present with figures who travel through the past.