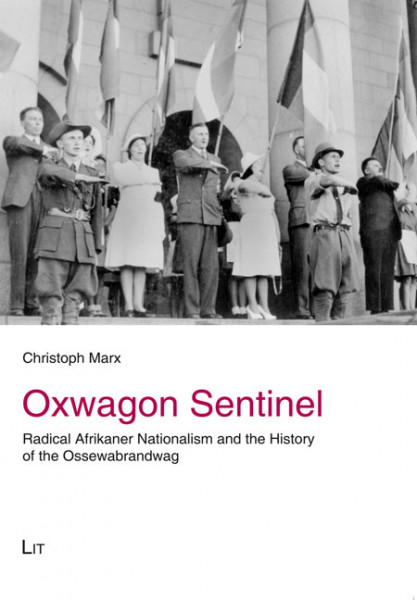 Beschreibung
Beschreibung
This new approach to the social history of Afrikaner nationalism looks into the diverse causes... mehr
Menü schließen
Klappentext
This new approach to the social history of Afrikaner nationalism looks into the diverse causes for the rise of a political movement which was to shape South African history profoundly during the 20th Century. In the 1930s Afrikaner nationalism transformed itself from a populist into a cultural nationalism, becoming politically radicalised at the same time. The nationalist symbol of the oxwagon was used not only by the National Party, but also by the extra- and antiparliamentarian mass movement Ossewabrandwag, which was founded in 1939. Drawing on a broad range of archival resources the social history of this extremist organisation is analysed, showing local and regional differences. The Ossewabrandwag as a nationalist movement counted a considerable part of the Afrikaans white population among its members. Therefore, the Ossewabrandwag can be understood approprately only in the context of radical Afrikaner nationalism. Given that the potential for political radicalisation in the white South African population was considerable, ideological influences from overseas played merely an additional role. The author looks into the reasons for the mass participation in the Ossewabrandwag. In addition he analyses the organisation's fight with the National Party and its illegal and treasonable activities. In this context he discusses which ideological influences on the apartheid policy can be identified as coming from organised right wing extremism.

Christoph Marx is Professor for Extra-European history at the University of Duisburg-Essen.