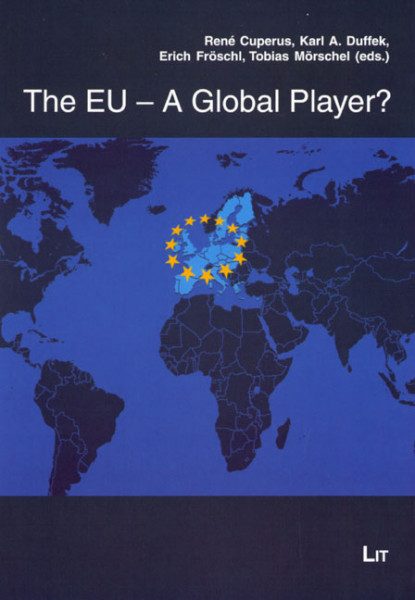 In this book, renowned European academics and politicians discuss the question of whether Europe should and can be a "Global Player." In particular, the following issues are raised:

Has the EU reached the status of an economic "Global Player"?

What are common European values, if any?

Can Social Democracy be the European Model?

Which are the differences and commonalities in the perception of a Common Foreign and Security Policy?

The Dr-Karl-Renner Institute is the Political Academy of the Social Democratic Party of Austria (SPÖ). It seeks to disseminate, promote and develop social democratic thought and policies on topical economic, political and social issues.

The Friedrich-Ebert Foundation (FES) is a private, not-for-profit institution committed to social-democratic values and ideas. It seeks to further people's democratic political consciousness, and to contribute to international understanding and cooperation.

The Wiardi-Beckman Foundation (WBS) is the independent think-tank of the Dutch Labour Party (PvdA).