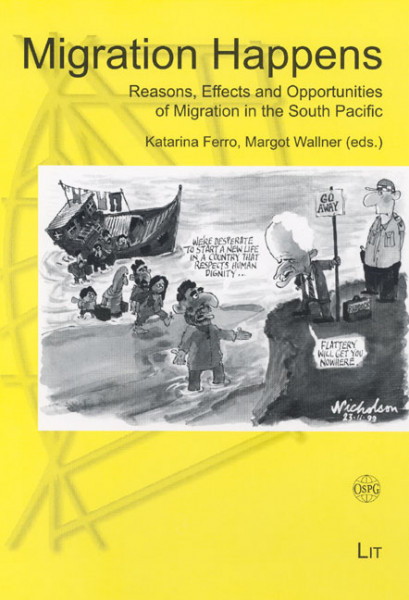 Beschreibung
Beschreibung
Migration happens. Migration is a global phenomenon that did not just emerge in the 21st... mehr
Menü schließen
Klappentext

Migration happens. Migration is a global phenomenon that did not just emerge in the 21st century. It is perceived by many as a constant source of problems and threats. This notion is propagated by politicians, among others, who use migrants for to further their own political ideologies. Due to economic and security developments globally, migration is beset by increasing ethnical conflicts and restrictive immigration policies. This in turn creates heightened difficulties for migrants. But it also generates new life situations, shapes lives and reshapes identities. The region of the South-Pacific is no exception. Considering conflicts in recent years, the issue of migration in this area exemplifies the contestation over migration.

This book provides an overview on migration issues in the South Pacific. Issues such as gender, the historical aspects and the history of migration in the Pacific, migration and conflicts, challenges for second generation migrants as well as the situation of Indians after the coup in Fiji are addressed in this volume of the NOVARA - Contributions of Research in the Pacific.