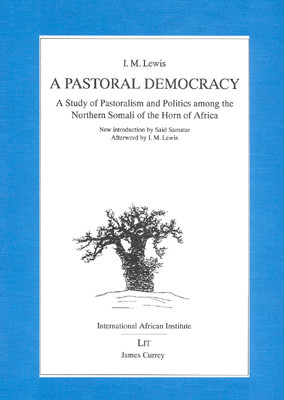 Beschreibung
Beschreibung
First published in 1961, shortly after establishment of the independent Somali Republic, the... mehr
Menü schließen
Klappentext
First published in 1961, shortly after establishment of the independent Somali Republic, the first step towards the formation of a `Greater Somalia', brought this North-East African Muslim nation a prominence which it had not enjoyed since the British campaigns against the `Mad Mullah' in the first two decades of the twentieth century. Somali nationalism, however, cannot be properly understood without a knowledge of the indigenous social organization. This study by a social anthropologist describes the political system of the Northern Somali nomads in their arid ecological setting, where competition for access to water and pasture, especially in the dry season, is acute and leads to frequent and often long-drawn-out feuds. In this warlike society political status depends very largely on numerical strength. Political loyalties based on kinship are organized through a form of Social Contract which distinguishes the pastoral Somali political system from otherwise similar political structures. Today this traditional organization is being challenged in areas where cultivation has recently been adopted, and in towns which are the foci of modern developments. Somali nationalism, drawing much of its strength from the unifying force of Islam, is an important factor. With the continued dedication of the majority of the population to pastoral nomadism, however, traditional clan and contractual loyalties inevitably play an important part in party politics. This analysis has proved to be of interest not only to anthropologists and Africanists, but also to students of Islamic society and of comparative political institutions.