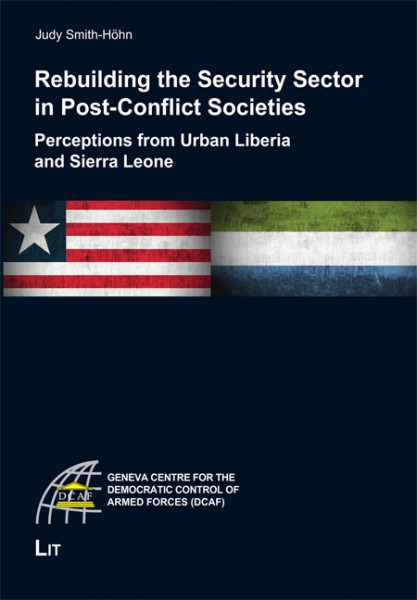 Judy Smith-Höhn is a senior researcher at the Institute for Security Studies in Pretoria, South Africa. Prior to her present position she was a research fellow at the GIGA Institute of African Affairs in Hamburg, Germany and later a senior researcher at the Centre for Conflict Resolution in Cape Town in South Africa. Her thematic emphases lie in the areas of violent conflict and its prevention, and security sector reform within a regional focus on Liberia, Sierra Leone, Zambia and Zimbabwe. She has published nationally and internationally on topics ranging from security sector reform and postconflict peacebuilding to democratic transformation in South Africa. She holds a PhD from the University of Leipzig, Germany, and a Diplom (masters degree) in Political Science from the University of Hamburg, Germany.
Kunden kauften auch Kunden haben sich ebenfalls angesehen
Kunden kauften auch
Kunden haben sich ebenfalls angesehen
Zuletzt angesehen