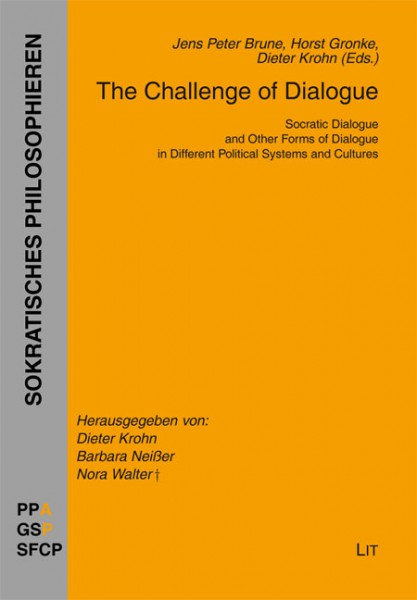 Dr. Jens Peter Brune, Berlin, works at the Free University of Berlin in the Research project on Complete Works of Hans Jonas. He is member of the PPA and the GSP.

Dr. Horst Gronke, Berlin, founded the company "pro argumentis" which specializes in Socratic Dialogue. He is deputy chair of the GSP and member of the PPA.