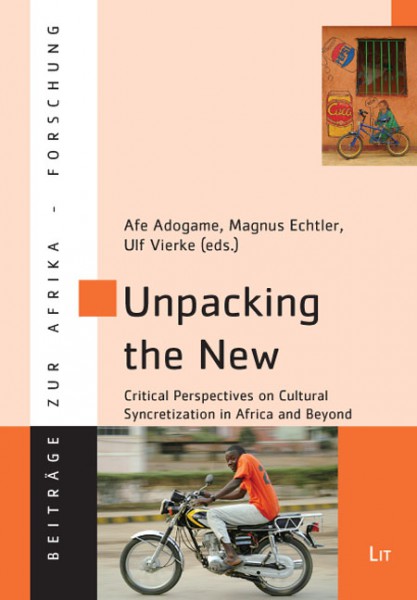 Beschreibung
Beschreibung
In a world supposedly characterized by the production of new differences and cultural... mehr
Menü schließen
Klappentext
In a world supposedly characterized by the production of new differences and cultural permutations resulting from the twin processes of globalization and cultural syncretisation, hardly anything has remained as obscure and theoretically under-theorized as the very notion of the "new" itself. An inherent relativity often accompanies any contemplation of what is new or old, as well as the question at which point the old turns into the new. Syncretism as both process and description hinges largely on the assumption and premise that what is observed has appropriately or inappropriately mixed categories - culture, religion, language - that are intrinsically alien to each other. Such a syncretic constellation is bound to result in something that may be considered new. Any definition of "syncretism", the syncretisation process and the appropriation of the notion "new" as useful heuristic tools must indeed be located within specific local contexts, as such terms are unlikely to serve as adequate descriptions of homogenous sets of phenomena. Syncretism as a process is intertwined with processes of contextualization. Against this backdrop, this book seeks to unravel and demystify the ideology of the new on the basis of concrete case studies from various regions across Africa and beyond.