An Introduction to a Hermeneutic Philosophy of Politics 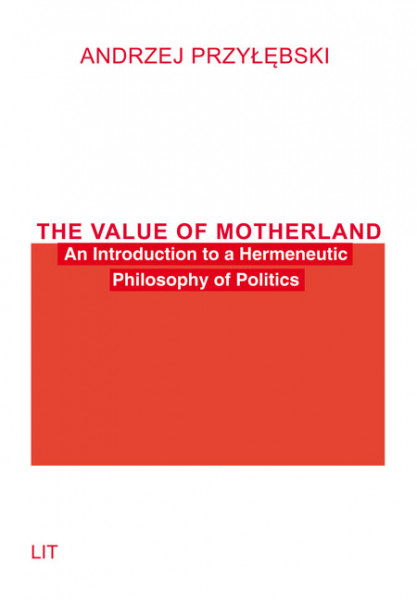 Andrzej Przyłębski new book The Value of Motherland based on his academic and political experiences provides an Introduction to a Hermeneutic Philosophy of Politics.

Hermeneutic Philosophy is one of the most important currents of contemporary philosophy. This book presents the basic concepts necessary for a hermeneutic approach to politics and the political. It is here that the fundamental meaning of such categories as culture, nation, state, tradition, language, history as a community of fate appears. The author negates the postmodern character of this current and analyzes the place of the concept of freedom, and thus the relationship of Hermeneutic Philosophy to liberalism and republicanism. It is clear that the Hermeneutic Philosophy of politics supports the communal, republican attitude. The relationship between national sovereignty and European responsibility, in the context of the absolutisation of individual freedom, the criticism of the nation state and the family as the basic cell of social life, are reflected as well.Andrzej Przyłębski is a Polish philosopher, professor of University of Poznań, disciple of Gadamer, whom he met in 1987. He published 6 books on Hermeneutic Philosophy (a. o. Ethics in the Light of Hermeneutic Philosophy, LIT 2017) and hundreds of articles. He is active as translator of philosophical works in German (Gadamer, Troeltsch, Simmel). He was vice-president of International Hegel Society and Polish diplomat in Germany and of Polish Society for Phenomenology.