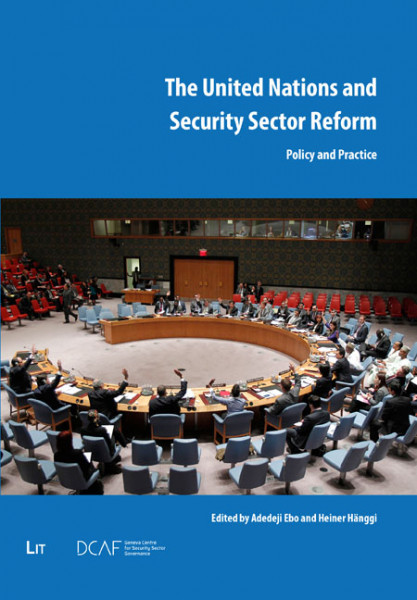 Hosted by Slovakia and South Africa in their capacity as co-chairs of the Group of Friends of Security Sector Reform on the occasion of the launch of the book:

The United Nations security sector reform (SSR) agenda has come a long way since the Secretary General`s first report on SSR in 2008. A far-reaching policy framework on SSR, including principles for its support, has been developed which continues to inspire other international actors. The organization has also succeeded in building political commitment among many of its Member States, and is evolving from the development of policy and guidance to the provision of more in-depth field support. However, gaps remain between the normative and operational dimensions in United Nations SSR support. Moreover, significant questions remain on the linkages between SSR and key broader United Nations agenda items of sustaining peace and sustainable development.

Against this background, over a decade since the development of the United Nations approach to SSR, and some five years since the adoption of Security Council resolution 2151, it is timely to take stock of the United Nations approach to SSR support and to explore options for new frontiers. The future United Nations SSR agenda should focus on ensuring that engagement in SSR support is concentrated on bridging the remaining gaps between policy and practice. This requires looking back at more than a decade of United Nations experience across different contexts, to examine lessons learned, and reflect on how these can be applied in line with key normative principles.

Keynote speech by:
H.E. Prof. TIJJANI MUHAMMAD-BANDE
President of the 74th session of the General Assembly