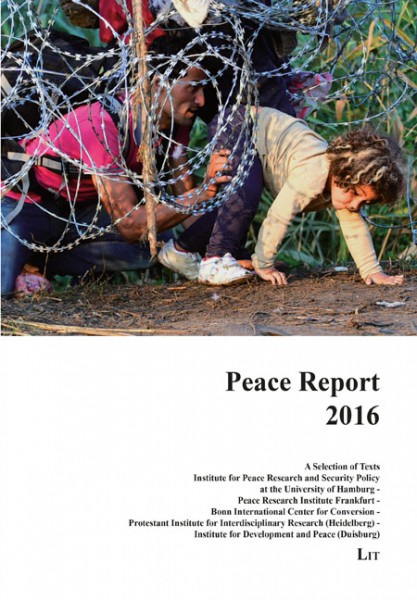 Can Europe make Peace without Weapons?

In June 2016, EU High Representative Federica Mogherini, with the publication of the Global Strategy Global Strategy for the EU´s Foreign and Security Policy, shared her vision of how Europe should position itself as a global player in a conflic-tridden and highly complex world. In light of the new geopolitical situation and the myriad of challenges that the Union faces, the report was long overdue - considering the last security strategy was published in 2003. Global instability is on the rise. Today, already 40% of all people burdened by poverty live in fragile situations, while prognoses forecast an increase of this number to 60% by 2030. Not only are instability and fragility the greatest obstacles to the success of the Sustainable Development Agenda, they also pose substantial security threats to the most different regions of the world. International terrorism and interstate conflicts alike contribute to regional and global destabilisation. These conflicts continue to increase in numbers and intensity, gradually toppling the European security architecture. The EU and its Member States have a large set of instruments and expertise at their disposal, although no individual actor can effectively and preemptively face the multitude and complexity of today´s threats. In her strategy, Mogherini relies upon the reinforcement of defence capacities, for which the EU would have to cooperate even more closely with NATO while advancing its own capabilities. Concurrently, the EU knows of the need to adapt its strategies in the fields of prevention, peace policy and robust missions to ever changing global conditions if it seeks to uphold its integrity as an international Soft Power.

How can prevention measures and conflict management efforts be better harmonised and interlocked in the future? Which challenges arise from the "borderless" crises? How can the struggle against radical Political Islam be championed in the short and long run? Are there alternative means when conventional diplomacy and warfare fail?

The joint yearbook of the German Institutes of Peace and Conflict Research, which will be presented by the editor in chief during the event, addresses interventionism, power struggles in Syria and Iraq and their fall out in Europe as major challenges to a sustainable peace policy. How can Europe meet its shared responsibility for the causes of flight? How can we effectively combat terrorism, hatred and marginalization? How to deal with authoritarian regimes, how to resolve conflicts through civil means?