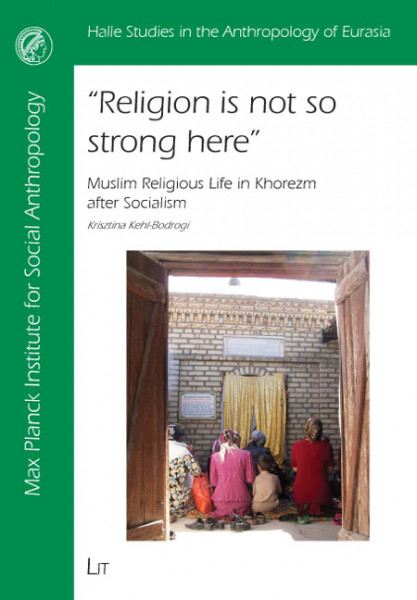 Beschreibung
Beschreibung
This book examines religious life in the province of Khorezm in western Uzbekistan in the... mehr
Menü schließen
Klappentext

This book examines religious life in the province of Khorezm in western Uzbekistan in the context of the overall political transformations which followed the dissolution of the Soviet Union. The people of Khorezm consider themselves to be less religious than their fellow countrymen and there has been no sharp increase in the observance of the normative tenets of Islam since independence. For the great majority, religious practice remains connected to life- cycle events and to concerns about health, wellbeing and prosperity. The author focuses on the elements of everyday religiosity including domestic rituals, shrine-related activities and various forms of religious healing. She also analyses the effects of state intervention on particular expressions of Muslim religiosity and the growing tension between those who adhere to local "customary" Islam and representatives of new, more puritans understandings.

Krisztina Kehl-Bodrogi was a senior researcher at the Max Planck Institute for Social Anthropology in Halle, 2002-2008. Currently she is a visiting lecturer at the Department of Cultural Anthropology at the University of Pécs, Hungary.