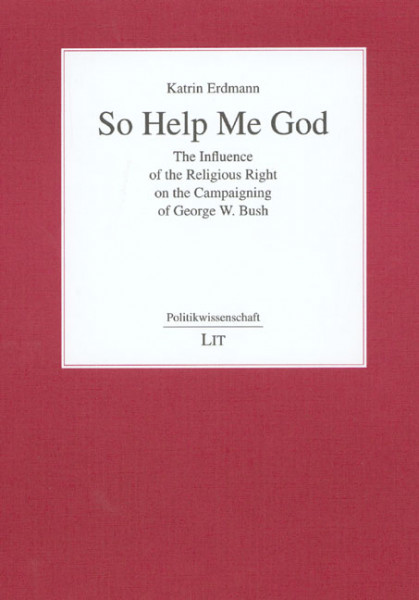 Beschreibung
Beschreibung
In the wake of the Presidency of George W. Bush, the discussion about the separation of church... mehr
Menü schließen
Klappentext

In the wake of the Presidency of George W. Bush, the discussion about the separation of church and state has gained momentum. Where does the coveting of the Religious Right by the Bush Administration fit into this picture? What role do the attempted Gay-Marriage Ban and the "Compassionate Conservatism" language play? This book will try to answer these questions and make a connection between the politics of Neo-Conservatism and the social movement of the Religious Right.

Katrin Erdmann, born and raised in Northern-Germany, studied English and Political Science. After doing research in Boston and San Francisco for two years, she graduated with a Doctorate in Political Science from the University of Hannover, Germany. She works at the Germanic-American Institute in St. Paul, MN.