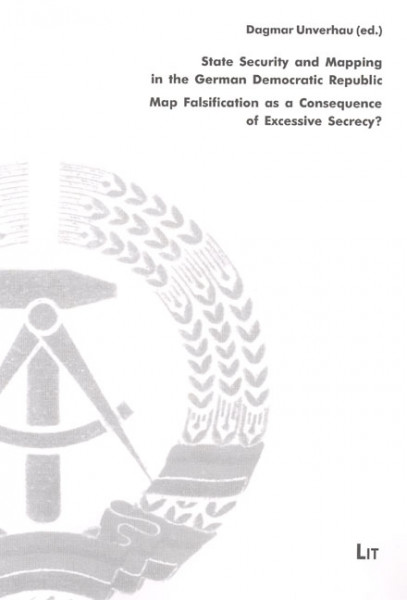 Following the Conference of the Geodetic Services of the Socialist States held in Moscow in 1965, the National Defence Council of the GDR adopted a resolution stating, among other things, that topographic maps in the uniform Co-ordinate System 42 were only allowed to be kept in the offices of the so-called 'armed organs' (the Ministry of National Defence, the Ministry for State Security, and the Ministry of Internal Affairs). Maps used by anyone else were to be recalled and replaced by an Edition for the National Economy (AV), from which the uniform sheet line, geodetic grids, trigonometric points, and quality and quantity details as well as other 'confidential information' had to be removed. Moreover, maps for the general public were to feature distortions of direction and scale, and inaccuracies of up to $pm$3 km.

The purpose of this collection is to illuminate both the Ministry for State Security's influence on mapping in the GDR and the ulterior motives behind its practices. Historians, cartographers, and geographers, including expert contemporary witnesses, explore these topics from a variety of viewpoints and provide archivists, map historians, and other map users with information helpful for evaluating and dealing with maps published in the former GDR.
Kunden kauften auch Kunden haben sich ebenfalls angesehen
Kunden kauften auch
Kunden haben sich ebenfalls angesehen
Zuletzt angesehen