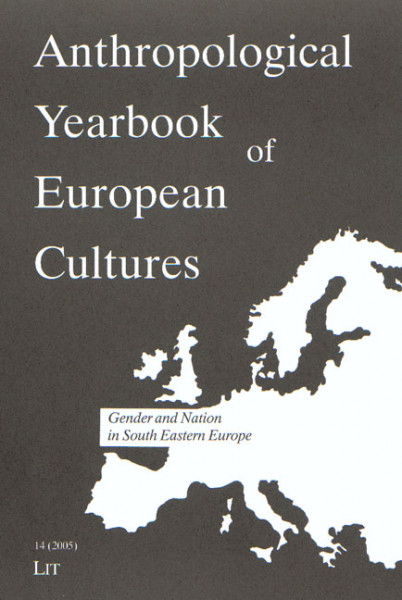 Beschreibung
Beschreibung
It is the stated intention of this volume on Gender and Nation in South Eastern Europe to... mehr
Menü schließen
Klappentext
It is the stated intention of this volume on Gender and Nation in South Eastern Europe to challenge the image of an antagonistic "inside" and "outside". The authors do not only argue from various geographical points of view, from within and without the region, including Bulgaria, the Kosovo, Serbia, Romania, Croatia, as well as Austria, Germany and the United States, they also argue from different scientific points of view and scholarly traditions, be it in the vein of Donna Haraway's standpoint of epistemology, a multi-sited ethnography or in reference to dialogical models. They raise their voices on sexist patriarchalism and thus on the relationship of gender and nation on which the specific phenomenon of regional nationalisms is based. The editors subscribe to an open definition of gender as a social and cultural localisation of perceptions of sex. The perception of biological sex is thus not ignored here, on the contrary. Its social and political role is particularly apparent when neo-liberal discourses of masculinity and femininity make reference to a "natural" sex. The question of socio-cultural gender differences, the ideals on which the categories "man" and "woman" are based and their forced or enabled embedding through a regional historical or political environment are thus central. The fact that the understanding of masculinity and femininity varies according to the respective local "reproductive regimes" is self- evident. In Part One, this volume is introduced in two contributions on the theoretical complex of gender and nation. They provide a glance at this web of meanings over time and space and explain why this relationship is so vital, why it inevitably leads to the inclusion of the male self and the exclusion of the female other. Ideological constructions and structural relationships develop and change based on a background of concrete historical events and in the course of specific social transformation processes. The essays in Part Two then delve into a discussion of regional and historical forms and effects. They demonstrate how the relationship has effected the consolidation and national self-definition processes of the countries of South Eastern Europe and to what specific forms of inequality between social and cultural groups this is leading or has led. Historically anchored, the inevitable relationship of gender and nation leads not only to the subordination of women in all nation-states, at the same time it allows nations to develop and survive on the basis of the inequality of the sexes.