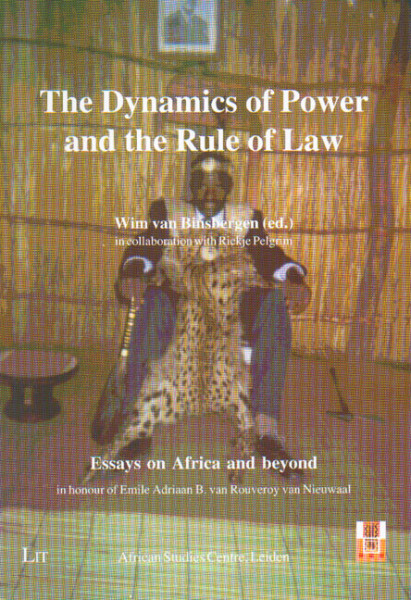 Beschreibung
Beschreibung
Societies constitute themselves by the historical interplay between the dynamics of power and... mehr
Menü schließen
Klappentext

Societies constitute themselves by the historical interplay between the dynamics of power and the rule of law. The African continent has presented numerous intriguing instances of this, particularly during the colonial and postcolonial eras.

Recent scholarship has realised that traditional rulers (`kings', `chiefs') occupy a pivotal place in the dynamics of power in Africa. Their existence defies the North Atlantic constitutional logic imposed during the colonial period. However, instead of fading into the distance, traditional rulers have asserted themselves as foci of ethnic and regional consciousness, and as bearers of a legitimacy and a judicial power which are underpinned by local cosmological meaning. They control symbolic capital which the nation-state dearly needs. Traditional rulers negotiate with national and international bodies in numerous ways and with varying, often surprising, outcomes. A detailed empirical analysis of this interplay yields a model of the plurality of legitimation, accounting in part for the failure of African postcolonial states and suggesting new, effective ways towards `good governance'.

In the study of the role of African traditional leaders, the work of Emile Adriaan B. van Rouveroy van Nieuwaal has made a major impact from the 1980s onwards. Drawing upon this inspiration, this collection (marking his retirement from academic life) presents nine case studies of the dynamics of African traditional leadership and its socio-political setting. African and European specialists deal with local situations in countries as diverse as Nigeria, Ghana, Togo, Cameroon, Zambia, Botswana, Tanzania, and South Africa. The debate on the resilience of African chieftainship has particularly been conducted in the field of legal anthropology, and two studies on dispute and legal pluralism add further relief to the emerging argument, whose theoretical implications are pursued in an examination of twentieth-century wars and of `9.11'. The introduction first examines van Rouveroy van Nieuwaal's career against the background of major trends in African Studies; it subsequently analyses the relation between chiefs and the post-colonial state in terms of legitimation, the zero-sum game model, and agency.