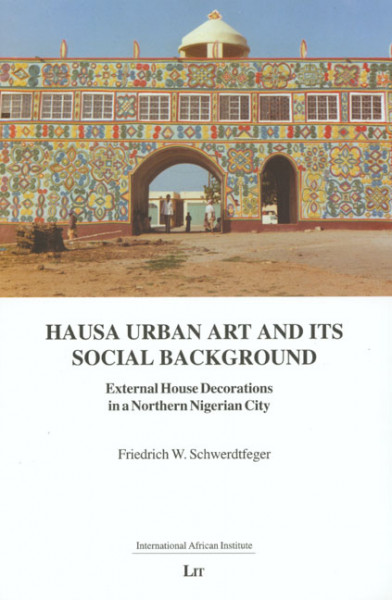 During an introductory stock-taking survey we listed nearly one thousand decorated houses. When I concluded the survey in 1985 the material collected included 75 recorded life stories of craftsmen. When I finally completed the manuscript of this book hardly any of the old traditional external wall decorations had survived. It was obvious that traditional wall decoration had become a thing of the past, no longer relevant to the younger generation of compound heads in the city of Zaria, and indeed in most other traditional towns in northern Nigeria."

PART I THE CLIENTELE: 1. The Client in Hausa Society, 2. The Role of Compound Heads in House Decoration, 3. The Perception of Decorations, 4. Decoration as a Status and Group Symbol;