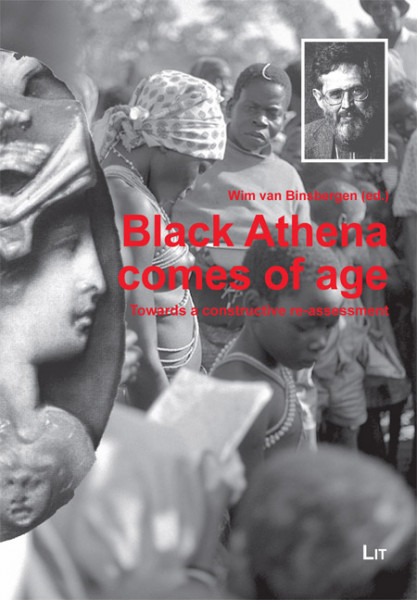 What prompted Martin Bernal (Cornell University, USA) - specialising in modern Chinese intellectual history, to turn to the ancient history of the Eastern Mediterranean basin? Why did Bernal set out to rewrite two millennia of European intellectual history, exposing the eighteenth-century rise of Altertumswissenschaft as a critical phase in the collective, Eurocentric denial of what he calls the `Afroasiatic roots of European civilisation'? How could his multi-volume book Black Athena (1987, 1991) create havoc - in the form of a heated and protracted, international debate - in the fields of African Studies, ancient history, classical archaeology, Egyptology, comparative linguistics, the history of ideas, and human biology? How could Martin Bernal become a reluctant hero of African American intellectuals identifying as Afrocentrist? Why did this condemn him to the hatred of conservative American classicists and historians of ideas? Why was he tempted to overplay his hand? What errors did he commit in the fields of epistemology, historiography and historical linguistics? Why, yet, is Martin Bernal largely right - if often for the wrong reasons?

With the publication, in 1996, of the devastatingly critical Black Athena revisited (eds. Mary Lefkowitz & Guy MacLean Rogers) the impression was created that the Black Athena thesis had been conclusively refuted. However, the present collection has sought to restore the balance. Bernal himself has contributed three innovative and illuminating pieces to the collection, responding to critics, systematising his linguistic claims, and applying the Black Athena thesis to sub-Saharan Africa. By offering answers to the above questions, the collection has sought to take the international debate to the next, constructive phase. It shows that incisive and multifarious criticism of Bernal's position and methods is necessary and often justified. Yet at the turn of the 21st century, the formulation of a non-Eurocentric, multicentric model of global cultural history is of vital importance. It is here that Martin Bernal shows the way as none before him. Specifically his vision's implications for sub-Saharan Africa constitute a major intellectual challenge. Stressing massive intercontinental interactions and vital global contributions of the African peoples, they also invite us to redress the present-day negative image of Africa.

Black Athena Alive was first published in 1997 under the title Black Athena Ten Years After (1997). An added chapter takes the discussion into the third millennium, and particularly reflects on Berlinerblau's (1999) sociological contribution to the debate (Heresy in the University).

Wim van Binsbergen (1947) is chair of the theme group on globalisation, African Studies Centre, Leiden. He taught sociology, anthropology and African Studies at the universities of Zambia, Leiden, Manchester, Berlin (FU), Durban-Westville, and Amsterdam (VU). Since 1998 he has been Professor of the Foundations of Intercultural Philosophy, Erasmus University, Rotterdam.