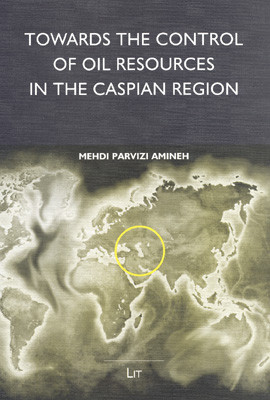 Beschreibung
Beschreibung
This book provides an introduction to the current struggle for control of the energy reserves in... mehr
Menü schließen
Klappentext

This book provides an introduction to the current struggle for control of the energy reserves in the Caspian region (Russia, Iran, Turkmenistan, Kazakhstan and Azerbaijan). An intense competition has arisen between the following various actors for control of these energy reserves: the advanced industrialised countries (especially the United States, and Europe) and their backed Transnational Corporations on the one hand, and the main regional powers (Russia, Turkey, Iran, and also China and Pakistan) on the other. This struggle is a characteristic of the post-Cold War competition for the control and security of the most needed natural resources, oil and gas, which are concentrated in only a few regions in the world. This makes the Caspian region to one of the most important geo-political areas in the post-Cold War era.

The question of the routes for exporting oil and gas from this land-locked area is central to the export of the Caspian energy resources. It evolves around various conflicts between the different forces involved in the Central Asian and the Caucasian regions. For example: ethnic conflicts such as the war in Nagorno-Karabakh, in Chechnya, the PKK issue in Turkey or the Taliban rule in Afghanistan. At the same time, however other problems such as lack of infrastructure and technology and finding a solution for the Caspian's legal regime could be obstacles for the possible construction of pipelines. Further, the United States does not want Iran to become a dominant power in the region and therefore would reject any route passing through this country. Turkey would like any outlets to run through its own country. The pipeline through Russia up until now is the only existing pipeline structure for the transportation of energy resources from the Caspian region. Therefore Russia has a strong interest in and influence over any alternative route being discussed. At the same time the United States want to prevent Russia from regaining domination over the former southern republics of Central Asia and Caucasus once ruled by the Soviet Union. By analysing these and other important aspects, this book helps us understand how they contribute to the problematic of conflict and co-operation around the energy resources in the Caspian region.

This introductory book is written to meet the needs of undergraduate students interested in post-Soviet politics in Central Asia and Caucasus and is suitable for the general public interested in the contemporary politics of this area.