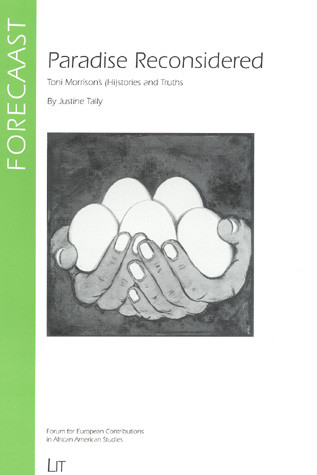 In this first book-length study of Paradise, Justin Tally securely links the work to Morrison's entire oeuvre and effectively argues that while all of the novels of the trilogy are deeply analytical of the relationship of memory, story and history, the historical narrative: memory is fickle, story is unreliable, and history is subject to manipulation. A master narrative of the past is again dictated by the dominant discourse, but this time the control exerted is black und male, not white and male. Though this stranglehold threatens to deaden life and put the future on hold, Morrison's narrative disruptions challenge the very nature of this "paradise" on earth.

Justine Tally is associate professor of American Studies at the University of La Laguna (Tenerife, Spain) and has specialized in African Amercian studies - language, literature, culture and literary theory - for almost twenty years. Her special field of interest is the fiction of contemporary black women, but her approach is most often rooted in historical background and cultural context with a strong emphasis on language and the theoretical underpinnings of the narratives.
Kunden kauften auch Kunden haben sich ebenfalls angesehen
Kunden kauften auch
Kunden haben sich ebenfalls angesehen
Zuletzt angesehen