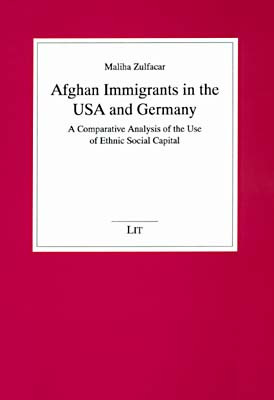 In spite of difficult economic conditions afghans in the USA can maintain their kinship links and use them to reinforce their traditional habitus and to improve their material conditions by patterns of solidarity.

In Germany, on the other hand, the administrative rigidity which limits economic activities and regional mobility, in spite of relatively high public financial inputs the results are negative: The social condition of the Afghans is marked by dependence and exclusion.

Dr. Zulfacar's study suggests urgent modifications of the German policy towards refugees in general. Not withstanding the high theory level of her sociological analysis, its pragmatic aspect is considerable. The empirical results of Zulfacar's investigation reveal the high "achievement motivation" of the refugees who in their overwhelming majority emigrated just to save their lives.