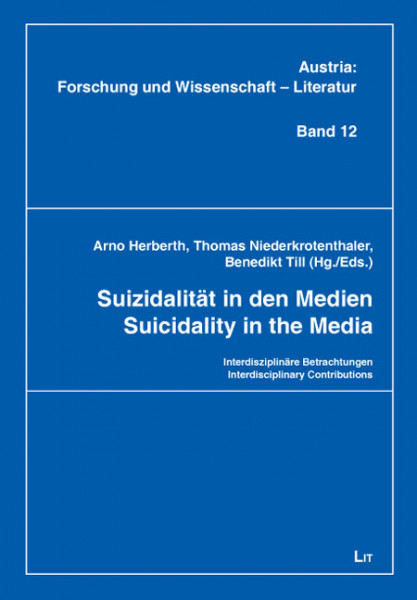 International contributions from psychology, medicine, sociology, media- and literary studies focus on semiotics of suicide portrayals in the media and their effects on the recipient.

The analysis of daily press, literature, film genres and the new media gives an up-to-date insight into this interdisciplinary field of research.