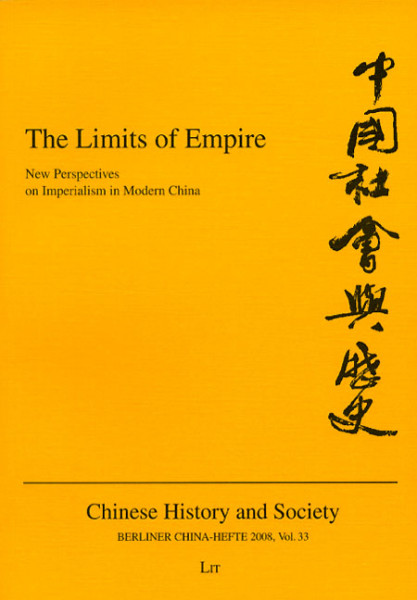 Beschreibung
Beschreibung
The contributors to this volume criticize and move beyond the limiting conventional assumption... mehr
Menü schließen
Klappentext
The contributors to this volume criticize and move beyond the limiting conventional assumption that European Imperialism was met with cultural ignorance and conservative Sino-centrism by China in the late 19th and early 20th century. Based on well-researched case studies, the articles closely examine the historical processes involved in the exchange and transmission of ideas, knowledge and technologies between China and Europe. By drawing on new archival materials and theoretical frameworks, these studies shed fresh light on how Western knowledge about China was produced through often contentious negotiations and power struggles and how such knowledge was then deployed to reconstruct a new treaty-based international order between China and the West after 1842. The articles also deal with the less well-known processes of knowledge acquisition and technological utilization in the opposite direction: the transmission of Western technology, science, and expertise for the purpose of strengthening the imperial Chinese government so that the latter could sustain its rule over the large empire. Together, the articles underscore not the inevitable rise and fall of Western imperialism in China, but rather the active and contingent process of the making and unmaking of both Western and Chinese empires.