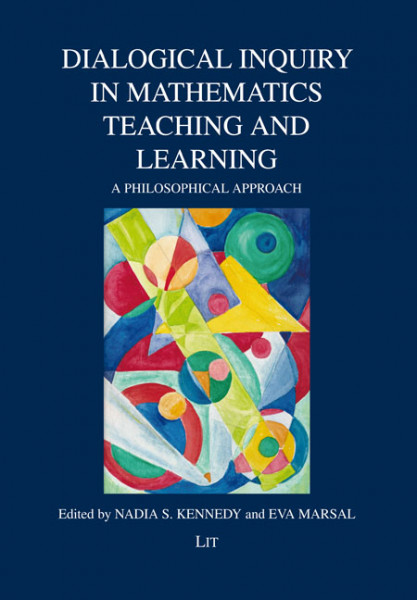 Beschreibung
Beschreibung
The collection of papers in this anthology represents what may be a broad exploration of the role... mehr
Menü schließen
Klappentext
The collection of papers in this anthology represents what may be a broad exploration of the role of philosophical inquiry in the classroom and in mathematics teacher education, a topos characterized by multiple, intersecting themes, all of which converge on a central question: what is the role of mathematics in the construction of the realities we live by, and could that role be different if we became aware of its invisible power? In the age of the Anthropocene - an era in which technological intervention plays an ever more central role in the way we build, develop and attempt to maintain our increasingly fragile and risk-prone human and natural world, what are the implications of the hegemonic epistemic status of mathematics in those processes? Does mathematics define the conditions of possibility of all knowledge, whether expressed in a theory or silently invested in a practice? Does or can mathematics and its presumed value-neutrality serve to limit, constrain, suppress, and even preclude other, perhaps more valuable forms of knowledge? Alternatively, can philosophical dialogue about mathematics serve to clarify, unmask, reframe and recreate our understanding of mathematics and its symbolic power in the human and material world, and act as an emancipatory form of knowledge in culture and society? What would such dialogues look like in the mathematics classroom? The papers in this volume address these questions in various contexts and registers, and provide prospective and in-service teachers with compelling and suggestive ways of responding to them. A must-read for math educators everywhere.

Lutz Unterseher
Liddell Hart and the Weight of Criticism
Ankündigung