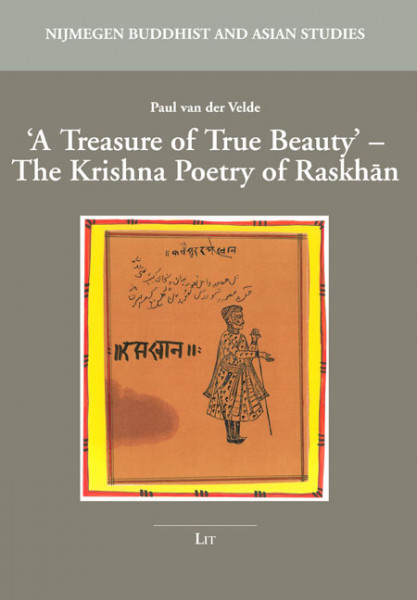 Beschreibung
Beschreibung
The poet-saint Raskhān lived in the 16 th /17 th century C.E. Story has it he was born as a... mehr
Menü schließen
Klappentext

The poet-saint Raskhān lived in the 16th/17th century C.E. Story has it he was born as a Muslim, but later converted to Krishnaism. This conversion took place because at first he was infatuated by a young boy, but later on transformed his love to a mystical devotion to the young cowherd god Krishna. Due to this conversion his mystical poems have a particular place in the bhakti cult of Northern-India. Raskhān's songs rank among the finest of Krishna poetry in Brajbhāṣā, the language the young god Krishna is supposed to have spoken when he lived on earth. It is the language of the pilgrimage site of Brindavan in Northern-India. Raskhāns songs are on the lips of many devotees up to the present day.

Paul van der Velde is professor of Asian Religions, Sanskrit and Hindi at the Radboud University Nijmegen, The Netherlands. He stayed long periods in the village of Brindavan and did research there on the devotional cult on Krishna and Rādhā and the Brajbhāṣā language.