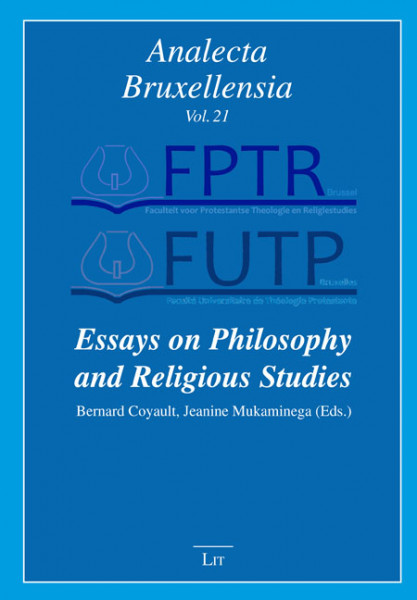 Beschreibung
Beschreibung
Analecta Bruxellensia has been since 1996 the annual review of the Protestant Faculties of... mehr
Menü schließen
Klappentext

Analecta Bruxellensia has been since 1996 the annual review of the Protestant Faculties of Theology and Religious Studies (FUTP (French) and FPTR (Dutch)) in Brussels.

Analecta 21 is a varied number. Three themes are developed covering exegetical, historical, sociological, theological and philosophical fields. The first explores hermeneutics related to the understanding and assimilation of the biblical text; the second addresses the weight of ideology in the construction of narratives invoked in the representation of the Other; the third pursues this theme of encounter and otherness in various historical perspectives. From a queer exegesis of the narrative of Acts 8 to the question of the extent of Christ's salvation in the hypothesis of inhabited worlds in science fiction literature, the eclecticism of these academic contributions, as well as their relevance to contemporary debates, promise the reader multiple changes of scenery and genuinely new thinking. This issue also includes a previously unpublished contribution by Paul Ricœur, a restitution of a three-speaker conference given in January 2000 on the theme of justice between ethics and law.