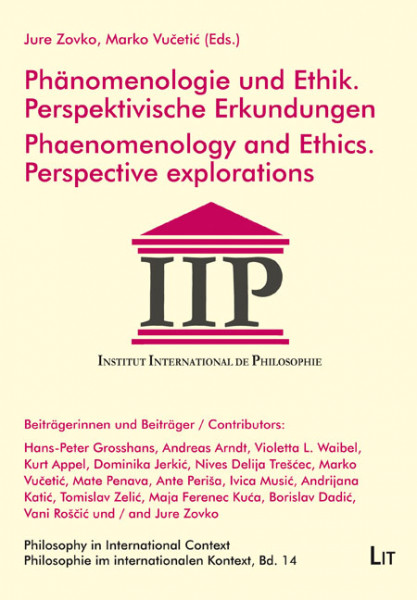 This collection of essays considers fundamental philosophical questions from a variety of perspectives, taking as point of departure the standpoint of Classical German thinkers Kant and Hegel with their focus on epistemic, moral, and aesthetic values as central to achievement of a meaningful human life, both as an individual and in the context of human society and culture, nature, and the universe as a whole. From this vantage point, the relationship of poetry and philosophy comes into play, and central ethical questions are raised regarding the practice of life in relation to human rights and the rights of other species.

Jure Zovko (* 1957), is a full professor at the Department of Philosophy at the University of Zadar. His research focuses on hermeneutic philosophy, Ancient Greek philosophy, classical German philosophy and Philosophy of Science.

Marko Vučetić (* 1977) is an Associate Professor of Philosophy at the Department of Philosophy of the University of Zadar. The area of his scientific interest includes: the philosophy of existentialism, nihilism and pessimism.