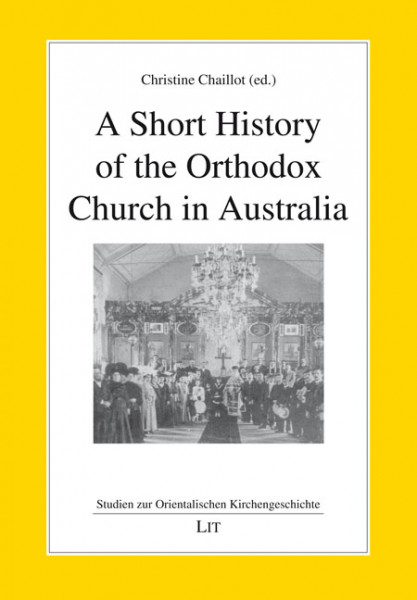 Beschreibung
Beschreibung
The history of Orthodox Christians in Australia is that of immigrant communities which, mostly... mehr
Menü schließen
Klappentext

The history of Orthodox Christians in Australia is that of immigrant communities which, mostly for political and economic reasons, left their countries of origin in Eastern Europe and the Middle East from the nineteenth century. Since the mid-twentieth century large numbers of Eastern Orthodox have settled in Australia, chiefly Greeks, Russians, Serbs, Antiochians (from Syria and Lebanon), Romanians, Bulgarians, Ukrainians, Macedonians and Byelorussians. This book presents five Orthodox Churches in Australia: the Greek, the Russian, the Serbian, the Antiochian and the Romanian.

Christine Chaillot is the author of numerous articles and books on the Oriental Churches in the fields of history, theology, and spirituality. She is Swiss and Orthodox (Patriarchate of Constantinople).