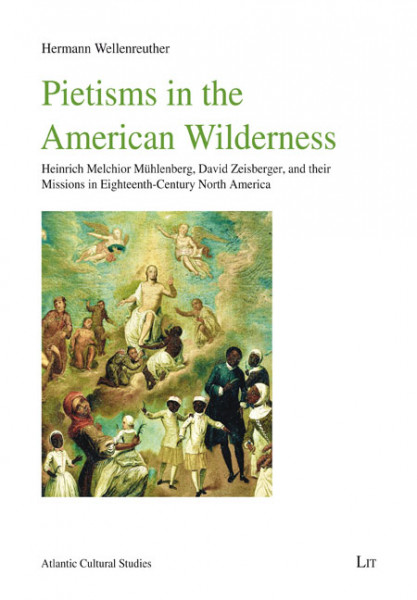 Beschreibung
Beschreibung
The study attempts to find out how and to what extent two Pietisms transfered from the Old... mehr
Menü schließen
Klappentext

The study attempts to find out how and to what extent two Pietisms transfered from the Old World to North America changed due to political, social, and cultural conditions in the years 1742-1800. Two individuals, the German Lutheran pastor Heinrich Melchior Mühlenberg (1711-1787) sent from the Glauchasche Anstalten in Halle/Saale and the Moravian missionary David Zeisberger (1721-1808) from Herrnhut, serve as protagonists through which concepts, ways of life, and religious ideas of the two Pietisms are analyzed. The geographic limits of this study are Pennsylvania, the middle Atlantic colonies of British North America/states within the USA, and what after the American Revolution was called the Northwest Territory. The chapters focus on key concepts with regard to Pietisms like environment, missions, realities, faith and conversion. Special regard is given to the impact of the American Revolution on the Halle’s pastors Heinrich Melchior Mühlenberg and his colleagues, and on their Moravian counterpart David Zeisberger, his mission congregations in the Ohio Valley or Bethlehem as the leading Moravian congregation in Pennsylvania.

Hermann Wellenreuther (1941- 2021) held the chair of German, British, American, and Atlantic Early Modern History at the Georg-August University in Göttingen.