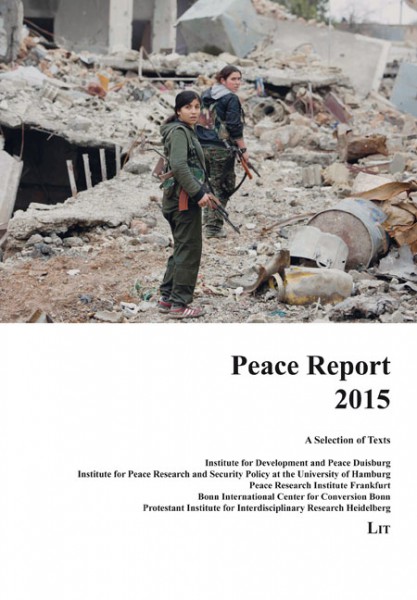 Germany's responsibility for peace
The call for Germany to assume greater responsibility is currently dominating the debate about the country's role in the world. In speeches at the Munich Security Conference early 2014, German President Joachim Gauck, Defense Minister Ursula von der Leyen and Foreign Minister Frank-Walter Steinmeier set off a debate on how this responsibility could be assumed in specific terms and what the consequences would be for German foreign and security policy.
Numerous conflicts are challenging the current world order. Whether in the Ukraine, in Syria or in Iraq: Worldwide armed conflicts demonstrate in a disturbing manner that wars are accelerating, are spreading regionally and are encompassing an incalculable number of actors. How should Germany react to these conflicts? Can Germany and Europe assume leadership responsibility without becoming bogged down in crisis hopping or taking on more than they can handle? What guidelines should German and European foreign and security policy follow in the future, and what alternative approaches, short of military means, exist if we take responsibility for peace seriously? The Peace Report examines these questions and makes a contribution to the debate on responsible peace and security policy.
Given the current crises and wars in the Ukraine and the Middle East, and regional challenges such as the spread of Ebola in West Africa, the report examines the question of how a responsible foreign and security policy which promotes peace should be formulated, both normatively and in practice.