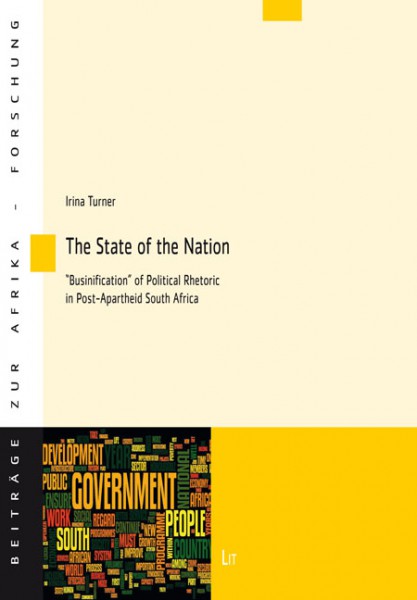 In an application of Critical Discourse and Content Analysis, it examines linguistic changes within the corpus of the annually recurring State-of-the-Nation-Address from 1994 to 2012.

This analysis is a contribution to research on business language from a non-Western perspective. Its interdisciplinary approach is of interest to researchers of South African political history, African Studies, Media Studies, and Sociolinguistics.