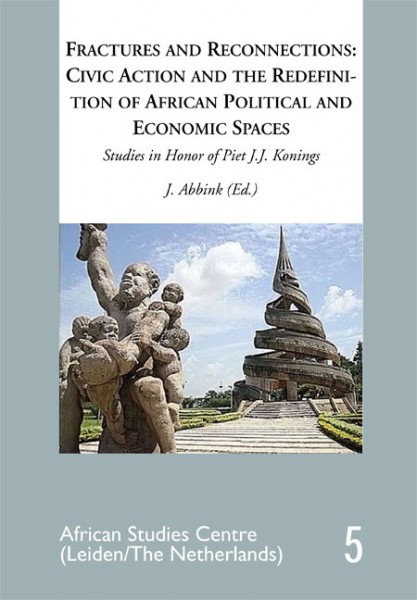 Beschreibung
Beschreibung
This book contains original studies on civic action and socio-political behaviour in... mehr
Menü schließen
Klappentext
This book contains original studies on civic action and socio-political behaviour in contemporary Africa, ranging from young entrepreneurship in traditional medicine and confidence trickster practices to (in)formal labour relations and the problems of democratization and electoral authoritarianism. This collective volume thus connects to themes that are predominant in the work of Dr. Piet Konings, a sociologist of development and Africanist who had a distinguished research career at the African Studies Centre in Leiden (1978 - 2008) and made major contributions to Ghana Studies and Cameroon Studies. The chapters address various forms and mutations of contemporary civic action in the political, economic and social domains of African societies, all based on original field research and revealing unexpected dimensions of African socio-political life. The key themes discussed by Piet Konings in his own work, such as labour relations, trade union activities, African development and the impacts of `neo-liberalism', educational systems and policies, political and social history, the politics of identity, ethno-regionalism, religious phenomena, and last but not least civil society and civic movements, are reflected in the studies presented here. These themes prove to be of undiminished relevance in Africa today, in the light of the rapid economic developments since the early 2000s, persistent social contestation, and new forms of political claim-making which illustrate the as yet unresolved problems of state performance and collective political identities.