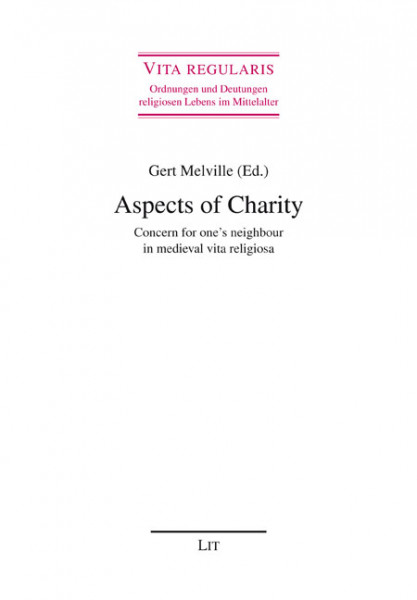 Beschreibung
Beschreibung
"Charity" as a Christian and, in particular, also monastic virtue was a complex phenomenon in... mehr
Menü schließen
Klappentext

"Charity" as a Christian and, in particular, also monastic virtue was a complex phenomenon in the Middle Ages. The present volume outlines, albeit with broad strokes, the field of charity in the monastic form of life. The collected essays endeavour to approach the subject from different angles, which present themselves as especially significant. The focus is placed both upon older communities oriented towards separation from the world as well as upon those open to the world and interested in interaction with all people, so that insights can be gained into mutual fraternal charity within the convents as well as into charity towards all. Additionally, the volume attempts to touch upon the wide spectrum of the communication levels of charity. Not least, attention is given to the pivotal point of charity - the systemic embedding of charity between people in the love of man for God, which leads to assimilation with Him. In doing so, the purpose was to draw attention to the fertility of the subject and to outline its importance for the history of the vita religiosa.