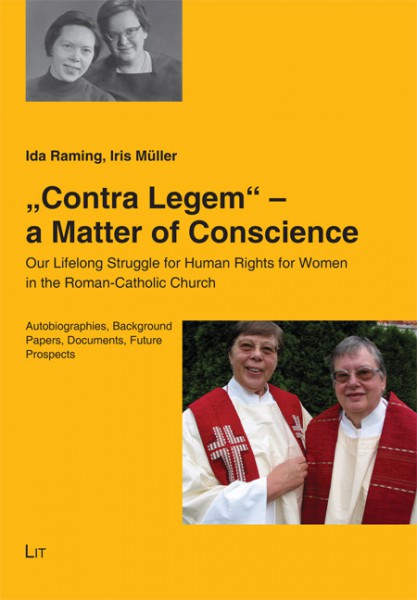 These are two intertwined autobiographies, enriched by an appendix with noteworthy historic documents from the 1960's to the present day, including correspondence with Professors Joseph Ratzinger and Karl Rahner.

Ida Raming, RC theologian (Dr. theol.), author of numerous books and articles. In June 2002, she was ordained a priest and in 2006, she was ordained a bishop in the International Movement Roman Catholic Women Priests (RCWP). She is spokeswoman for the German section of RCWP.